The word Yoga derived from the Sanskrit root Yuj (युज्) “to attach, join, harness, Yoke”. yuj as the “joining or coordinating of all parts of the body with mind and mind with soul – to achieve a happy and healthy lifestyle. The word yoga is related to English “Yoke”. With regards to yoga sutras, the word Yoga means Union. Yoga is mentioned in the Rigveda and referenced in the Upanishads. Yoga originated in ancient India allegedly more than 5,000 years ago. Here we are discussing yoga and its branches.

Yoga means many things to many people, it is a Sanskrit word that means Union. Yoga is well known for its postures and poses and tries to bring the psyche, body, and soul in harmony. Male yoga professionals are known as yogis, and female yoga specialists are called yoginis.

Patanjali was the founder of classical yoga. He characterized yoga as “the cessation of the modification of the mind“.

Extension and control of breath.

Mental preparation to increase the power of the mind.

The concentration of the mind on one object and its field.

Withdrawing mind from all external objects and Focusing it on one point and meditating on it.

The territory of Super ecstasy, bliss, and combining individual consciousness into all-inclusive cognizance. Union among Jivatman and Paramatman. Association of Shiva and Shakti in Sahasrar Chakra (the highest point of the head). Understanding the Brahman (unadulterated cognizance) or the Realization of God is a definitive accomplishment of Human Birth.

You’ve been introduced to all of the branches of yoga, stay tuned with us to know more about Yoga & Asana. 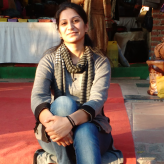 A self-starting SEO specialist who turned blogger at Health & Wellness. She is an ambivert by nature, a tea addict and loves photography. bibliophile. Her blogs are a reflection of her knowledge and love for books.

No Older Articles
Next Article

What is Strength Training & Its's Benefit

0 1 0
varsha sharma
No Comments Yet